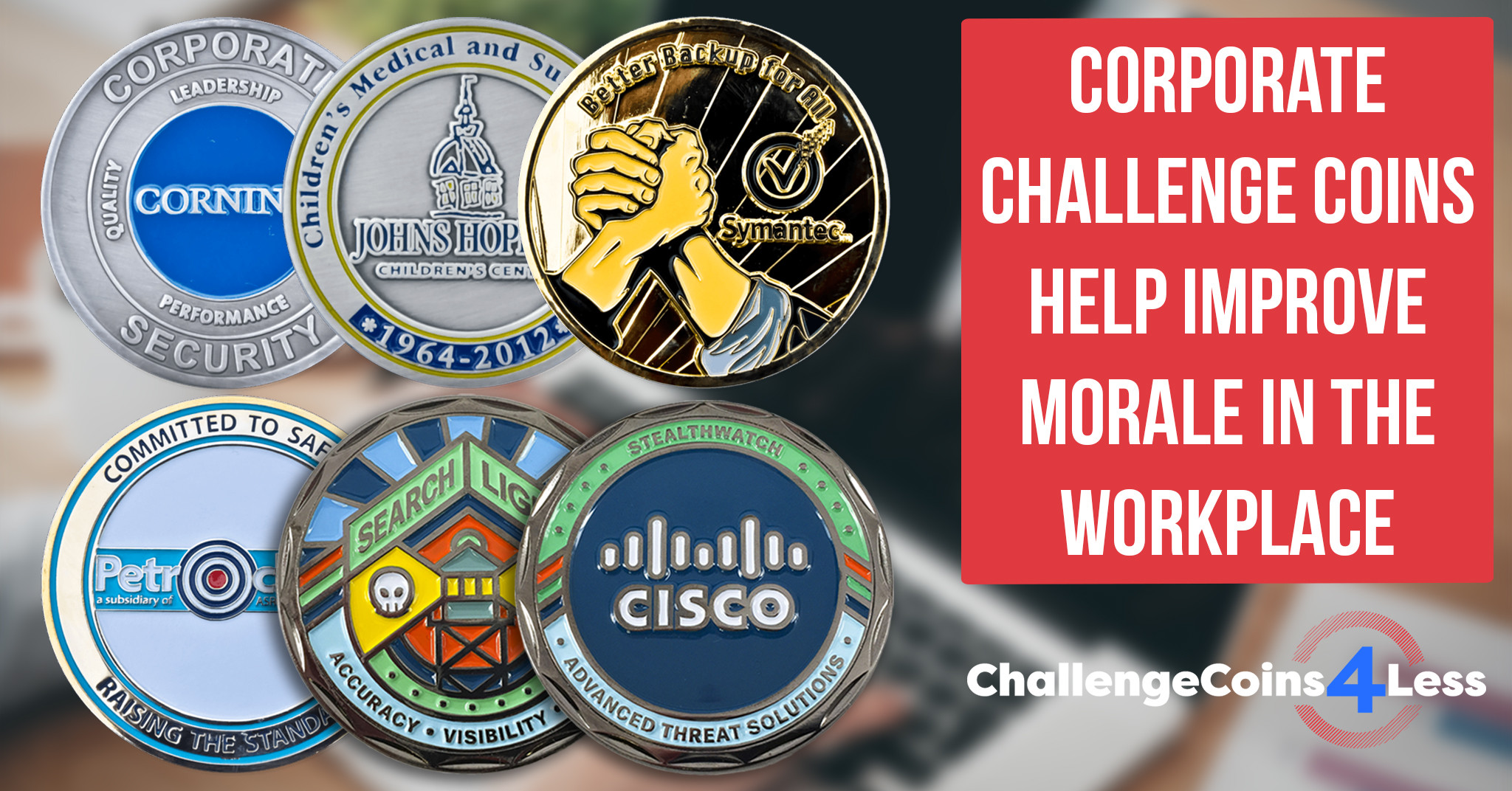 We’ve talked plenty about other types of coins: military, police, fire/EMS, CIA – you name it. But there’s one other popular type of challenge coin we’ve yet to cover: corporate challenge coins!

Let’s face it: it can sometimes be difficult finding new ways to motivate and inspire your employees. You have a great crew that works well together, and you’d like to keep it that way. How do you find new methods to keep everything running smoothly and without incident?

It’s a proven fact that employee morale increases when employees know they’re a valued part of a team at their job. Recognition from a supervisor or peer can help boost morale and motivate your employees.

Recognition in the form of gifts or awards from management is an effective tactic that many businesses or organizations use effectively. An award that an employee can display at their desk or on a shelf at home is a permanent display of an achievement and is usually something the employee will show off for years to come.

One such way to recognize your employees or coworkers is with corporate challenge coins. For those who don’t know, a challenge coin is a type of medallion with a custom logo or design that’s long been popular among the military and public service agencies. They're increasingly popular in the corporate world as well.

We’ve covered the history of challenge coins in a previous post, but here’s a brief, apocryphal summary:

In World War I, an American lieutenant in the Army Air Corps created coins featuring his squadron’s emblem and gave them to his squad mates, who wore the coins in a small pouch around their necks. One of the squad members' planes was shot down over Germany. The pilot was captured, but managed to escape and sneak back to friendly territory in France.

All of his paperwork and identifying information was taken when the pilot was captured, so the French soldiers thought he was a spy and prepared to execute him. However, he was able to prove who he was to the French was by showing his coin with the squadron emblem. The French soldiers recognized the emblem and returned him to his unit. 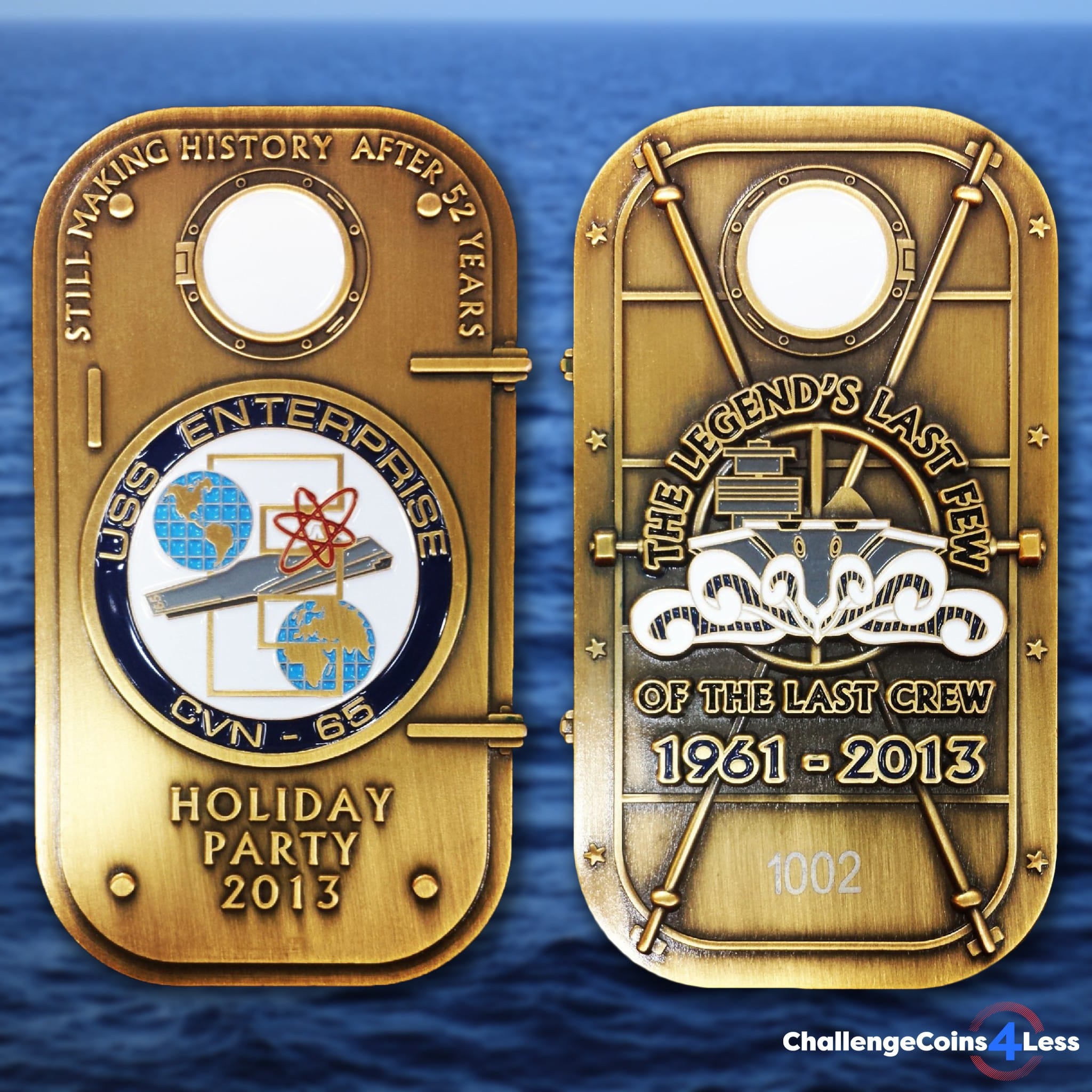 Today, all branches of the military still design custom challenge coins, which usually feature a unit logo, mascot, or other design that’s relevant to the soldiers designing it. Coins are also popular with police, fire, and EMT employees, who design coins with a station logo or other significant event.

The concept for corporate challenge coins remains the same. The coin demonstrates inclusion on a team or group, and the design should feature something that’s relevant to the people who will carry it!

Here at Challenge Coins 4 Less, we’ve seen just about every kind of coin design you can imagine – military, police, corporate, or otherwise. We’ve seen coins with mermaids, glow-in-the-dark coins, and even a coin that looks like a pizza.

For your corporate challenge coins, come up with a design that represents your team. Take this coin for Cisco, for example: 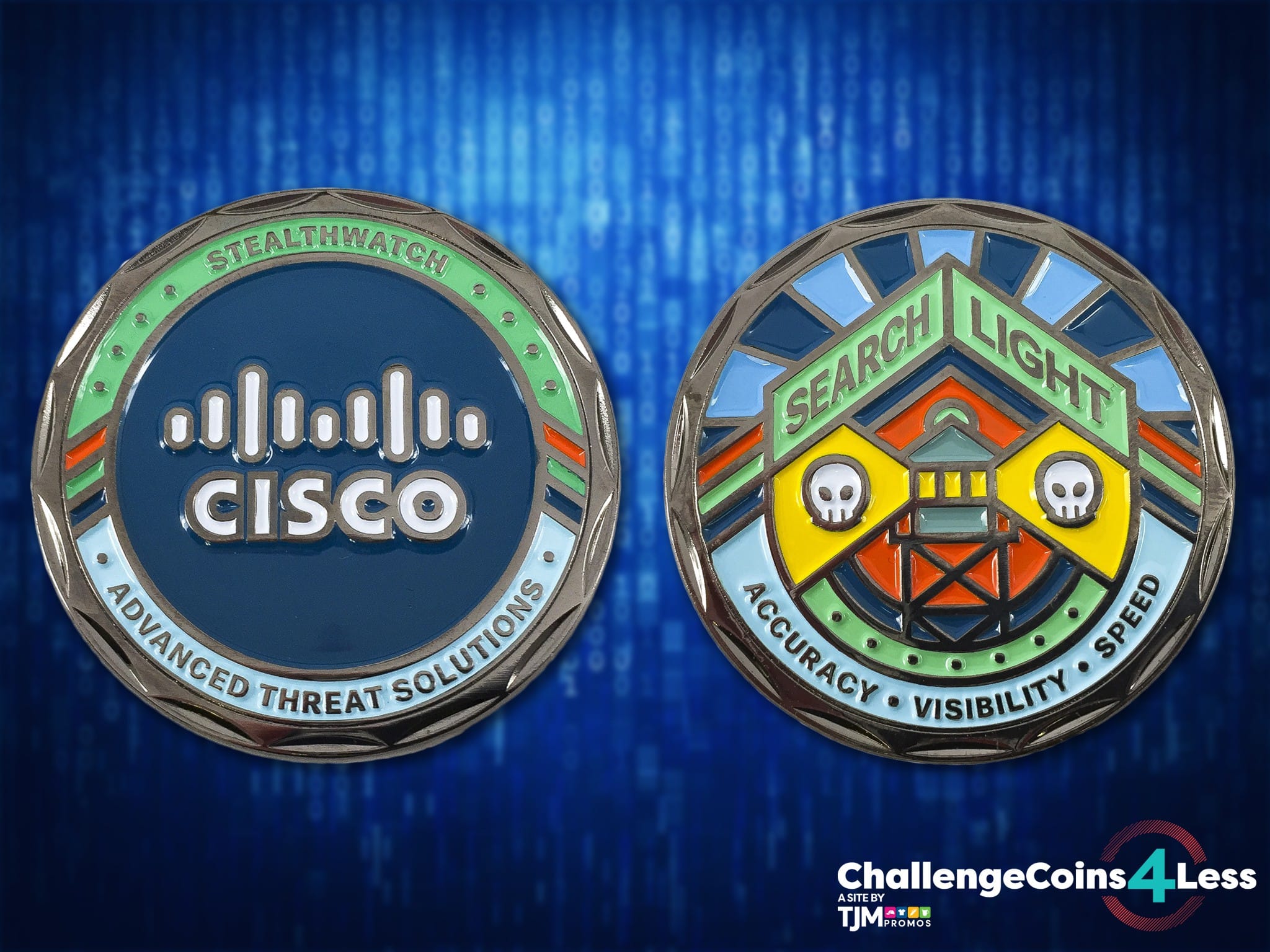 Cisco is a large company known around the world for Information Technology and networking. However, this coin is for a special initiative within the company involving advanced threat solutions. The searchlight design looks snazzy on the opposite side, and shows off a specialized team or strategy within the larger company.

Adapt your own design for your company coin, and your employees are sure to treasure it as a collectible forever. Even as they move on to other opportunities, they’ll still look fondly on the time they were part of a great team that worked well together to accomplish a special task. Corporate challenge coins are something your employees or peers will hold on to for the rest of their lives!