Challenge coins have long been a part of military tradition. The practice of designing special coins that feature a custom logo, mascot, or other special design has become so popular that businesses, police, fire, and other emergency services have picked up on it. 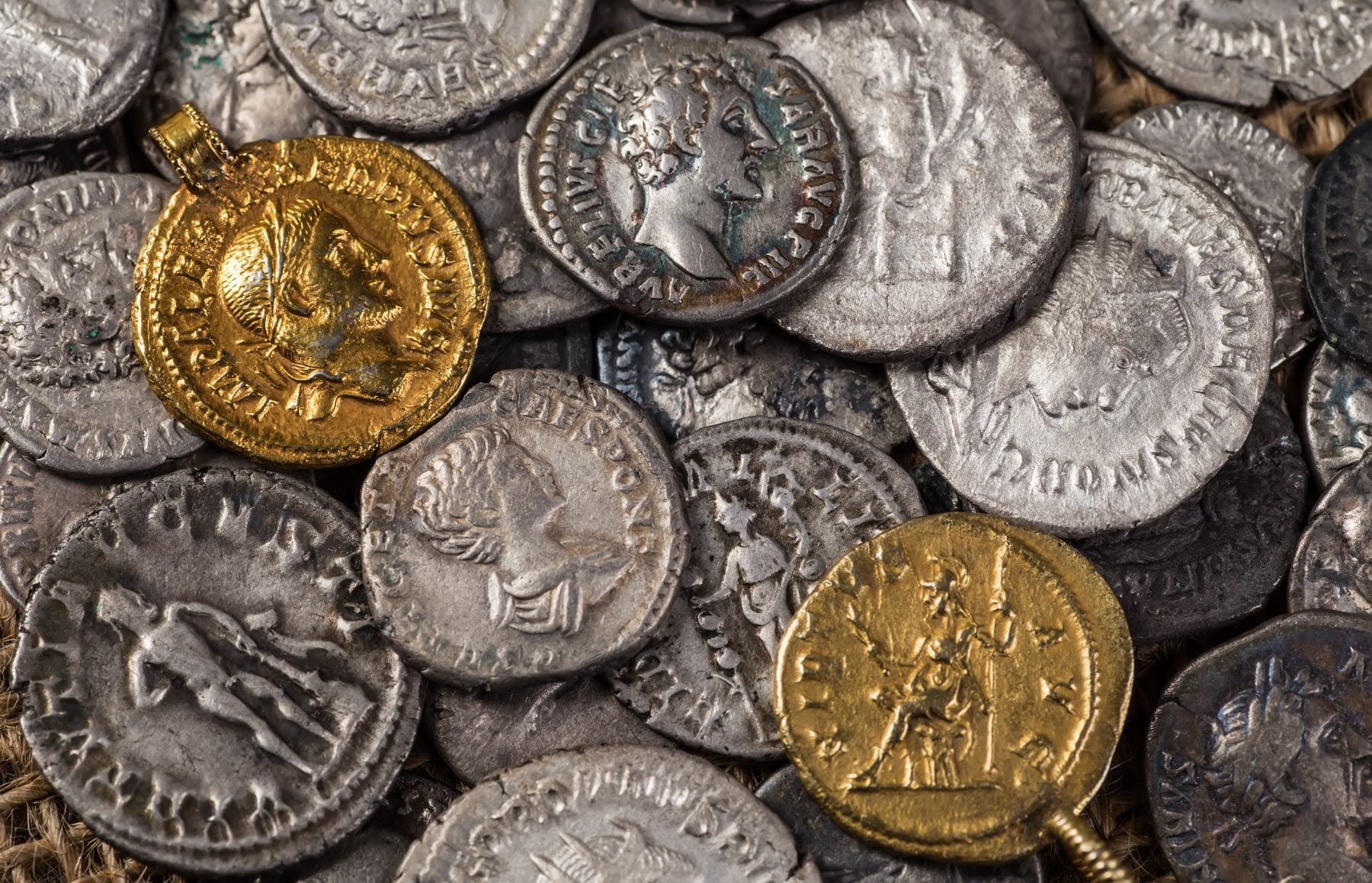 An early example of a coin being awarded to a soldier is in ancient Roman culture. Roman soldiers would be paid for performing well in battle with not only the day’s pay, but also a separate coin as a bonus.

Some historians believe that these “bonus” coins were decorated with the mark of the legion it originated from, leading many Roman soldiers to keep the coins as a memento instead of spending them. 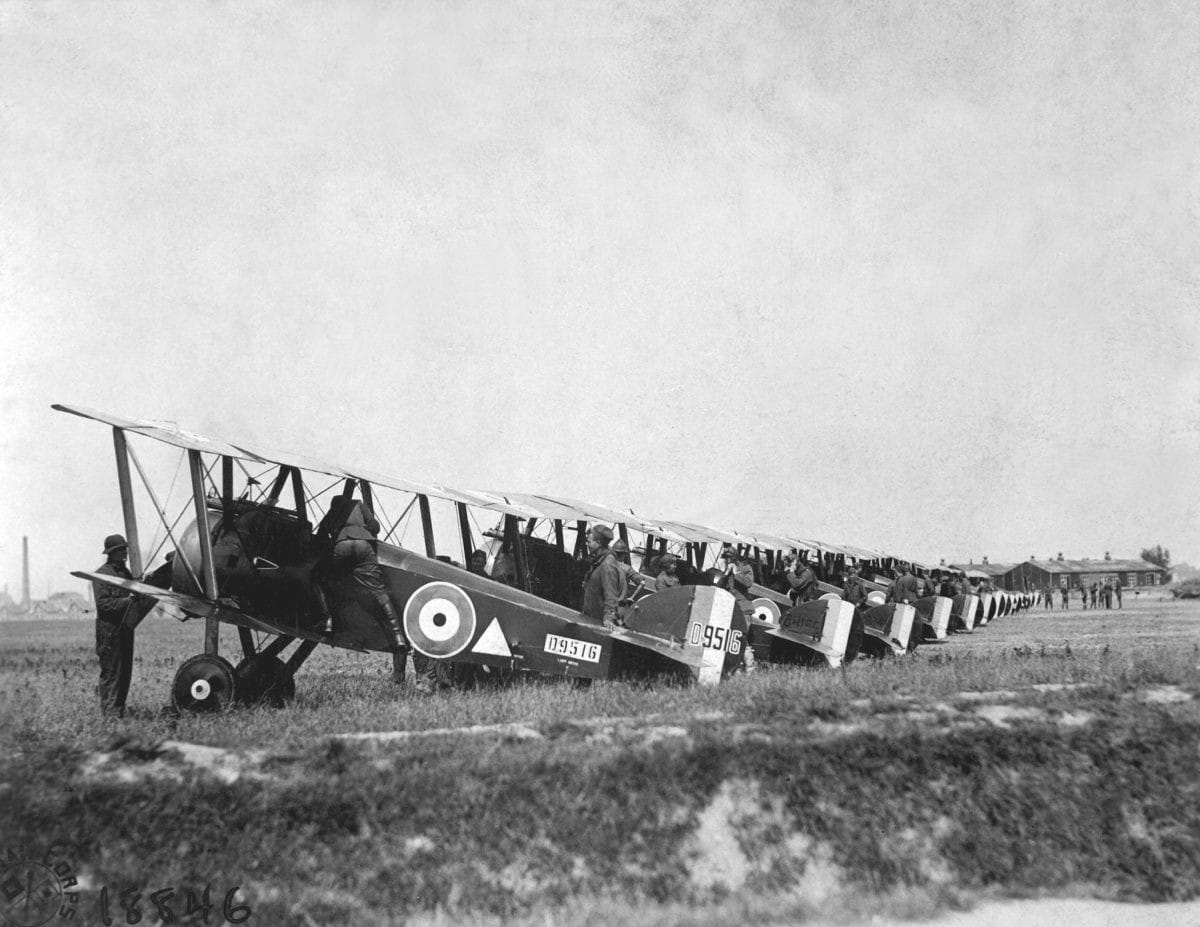 The first modern appearance of a challenge coin was in World War I in Europe. While it’s important to note that the following story is unverifiable, it’s certainly a legendary part of challenge coin history.

In World War I, American volunteers from around the country joined flying squadrons in what would be the early basis of the Air Force. Many of these volunteers were well-to-do students from prestigious colleges who decided to leave school and join the military.

Legend has it that in one such squadron, a wealthy lieutenant made solid bronze medallions with the squadron emblem and gave them to each member of his crew. He kept one medallion for himself, which he wore in a leather pouch around his neck.

After some time, the lieutenant’s aircraft was damaged during a mission in Germany, forcing him to land behind enemy lines. He was captured by a German patrol, who took all his personal belongings, apart from the pouch around his neck.

The lieutenant was imprisoned in France, until he managed to escape and sneak back across the front line to Allied territory. However, French soldiers on the front lines didn’t recognize his American accent and, due to his lack of identification, assumed him to be a German spy.

In a final attempt to save himself from the firing squads, the lieutenant showed the medallion he was still wearing to the French soldiers, who recognized the squadron emblem. This gave the lieutenant enough time to prove his identity, and he was finally returned to his squadron.

The lieutenant then made it a tradition to ensure that all squadron members had a special coin on hand for similar situations. And thus, a military coin tradition was born! 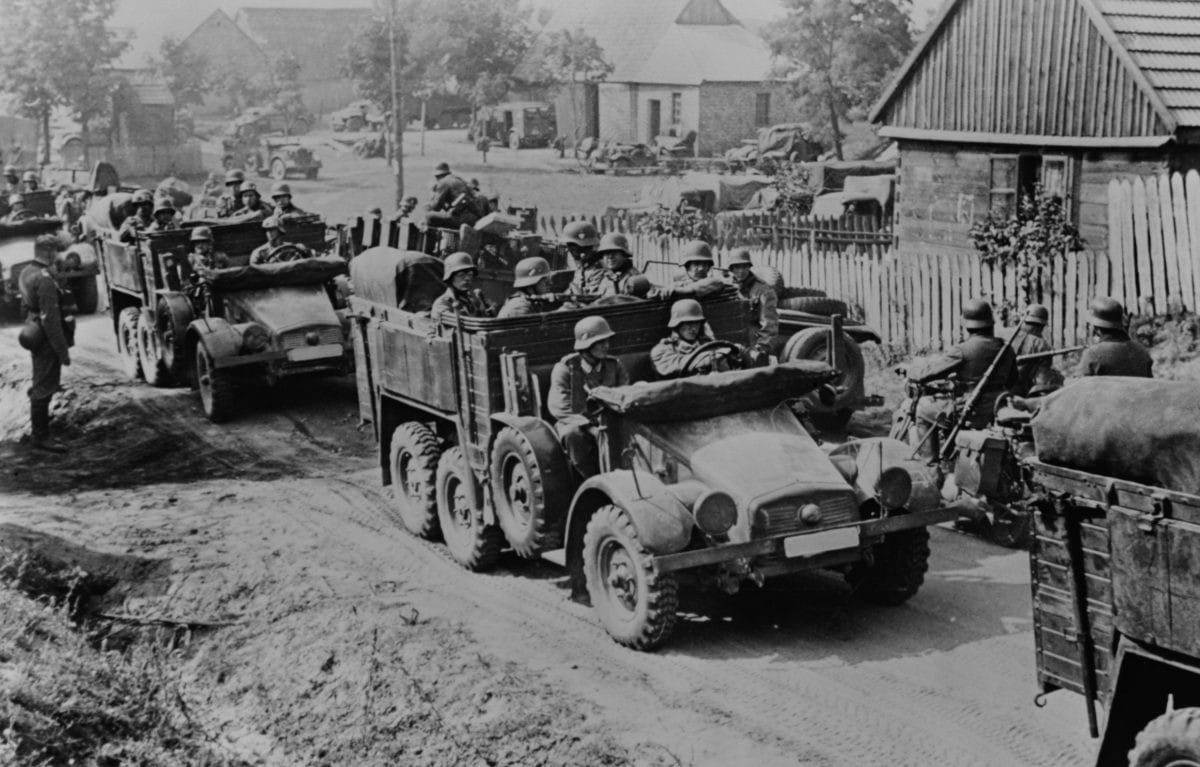 Another part of challenge coin history suggests that the Office of Strategic Service used coins to identify personnel deployed behind enemy lines in Nazi-occupied France. The coins were local coins that were shown during meetings to verify a person’s identity. Anyone wanting to infiltrate the meeting would not only need to know the time and place, but also the special coin that was agreed upon for the meeting. 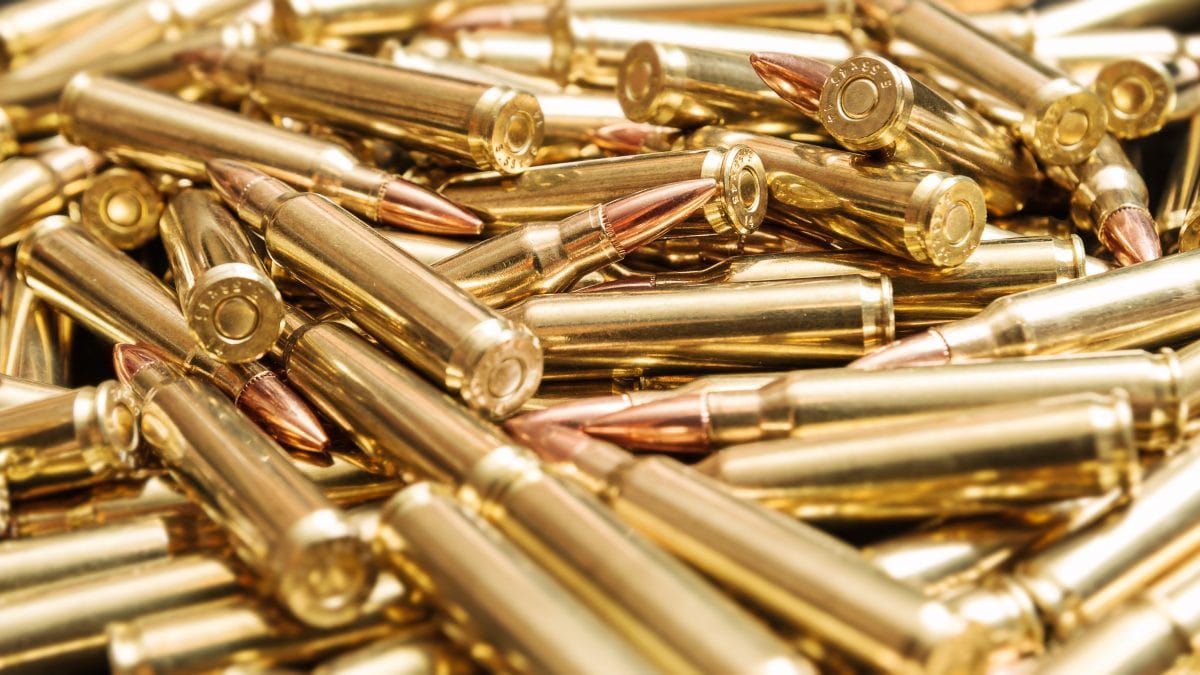 During the Vietnam War, some soldiers kept a piece of “lucky” ordnance with them – usually some sort of ammo that had saved them in a tight situation, or a bullet that had narrowly missed them. This piece of lucky ordnance would then make an appearance at the local bar – you had to have your lucky ammo, or you’d be the one who had to buy the next round. This practice also helped lead to the “challenge” part of the challenge coin tradition, but more on that in a later post.

The practice of carrying around a lucky piece of ordnance had to eventually be outlawed, as soldiers began carrying larger and larger ordnance. Obviously, it wouldn’t be safe to have intoxicated soldiers carrying 20-, 40-, or even 150-mm shells in the bar! 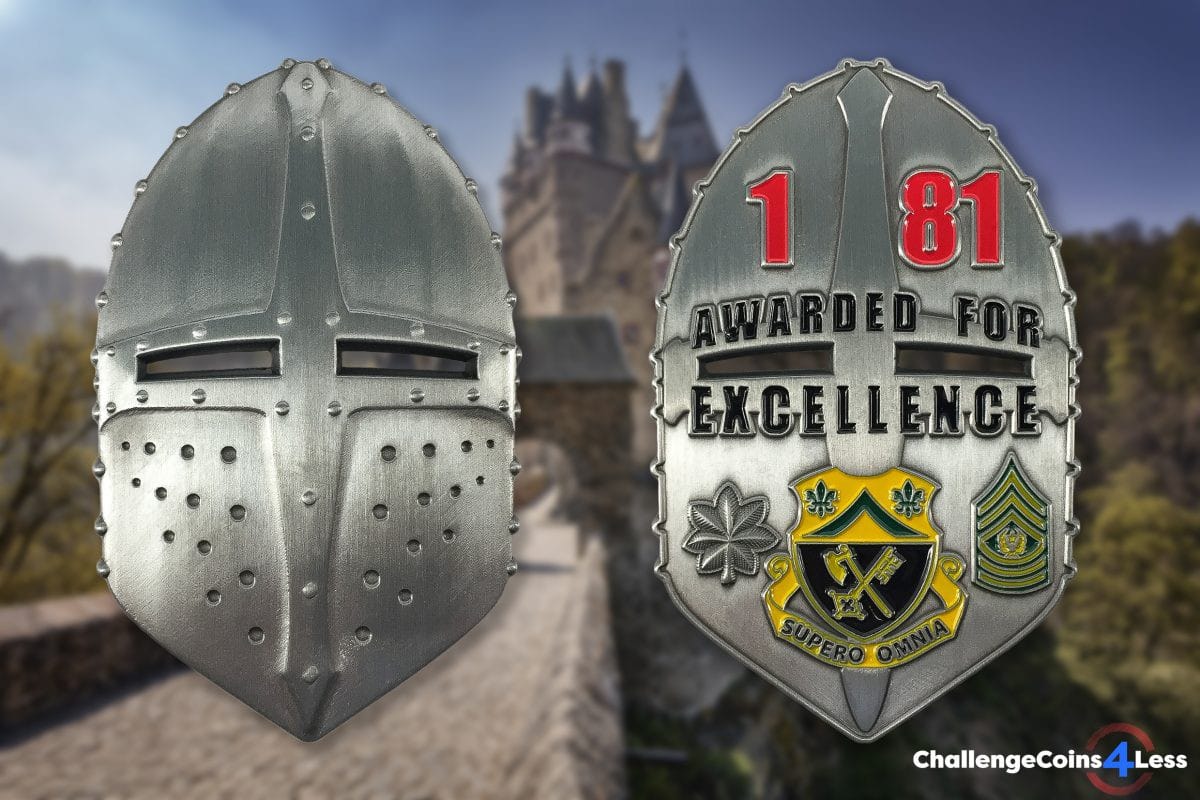 Today, military units around the world design challenge coins featuring a battalion logo, company mascot, or other special design that holds significance to the unit. The coins are given to soldiers to build camaraderie or as recognition of an achievement. The U.S. Air Force awards a special airman’s coin to recruits who graduate from USAF Basic Military Training or Officer Training School.

At ChallengeCoins4Less.com, we’ve seen everything from the standard battalion emblems to the Army Corps of Engineers castle, and even one coin that looked like a pizza. Yes, you read that right: a pizza coin.

The challenge coin tradition isn’t exclusive to the military these days either. Businesses, emergency/medical services, police, and government all partake in a bit of challenge coin history. Even U.S. presidents have special coins they give to deserving soldiers or others they deem worthy.

Challenge coins represent a big part of military tradition, and that military coin tradition certainly doesn’t seem to be slowing down anytime soon. We’re looking forward to seeing what types of coins the soldiers of today and tomorrow bring our way, and we’re excited to be a part of a such a rich coin history.

Thank you for reading our history of challenge coins! For more information about custom challenge coins or ChallengeCoins4Less.com, please give us a call toll-free at 855-272-8451 or fill out our free quote form.